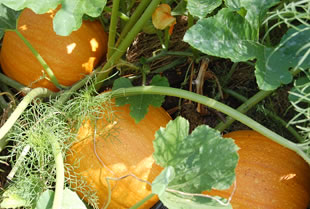 Pumpkins turning on the colour

yes here in the Ribeira Sacra summer is in full swing. Be warned –  to use this post you need ample bandwidth. Nearly all pictures will open up full screen if you click them – you have been warned – bottom right is an x for close.

But before we go there, here is the video of a spirited Spanish bull. Every now and than animals do fight back, so it happened last week in Navarra. A bull entered the arena, looked round, didn’t like what he saw and for a change jumped into the crowd. 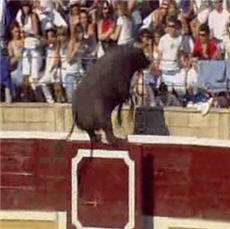 People got hurt, but not seriously.  Maybe this bull just did not like sunglasses.

You realise it’s seriously hot when even the frogs take advantage of a nearby shower unit. These where taken at the new pond, which is starting to blend into the landscape and presently goes through its green phase. 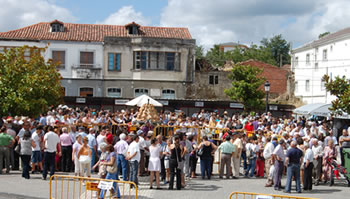 Another clear sign of summer are the larger than usual crowds, guardia civil at all entry / exit roads jumping unsuspecting visitors and wanting to sample their breath.

In Spain “blokes” drive. So they always come up to me hoping to get this smiling of alcohol smelling estranjero, when I have to disapoint them, simply pointing at the empty space in front of me where they expect the steering wheel to be. When they have walked round the car and inspect my wifes driving license, EU type, issued in UK based on German original, they often give up. Last year though, during the Sober fiesta, we where stopped at each entry / exit point, which we have to pass to get to our house and Barbara started a collection of moth pices. Maybe this year we try to see if we can establish a record. Sober fiesta is in September, 4 days , 17th-21st.

You know you have arrived, when you start to get a sign for your stall. In our case Artesan. Maybe next year we will be elevated to our trading name – LemosVerde -. That would probably be the point when “they” finally realise we are here for good.

It is a general sign of the crisis biting here in Spain, as all stall holder complain that business is seriously down. People looking but not buying.

The exception being the owner of a pulpo stand. 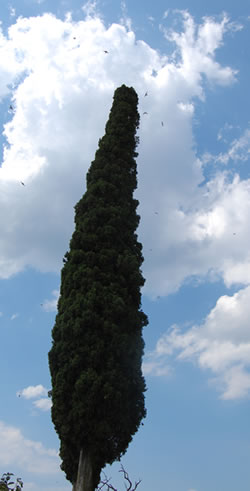 Another clear sign of the hight of summer. Our house martins as well as the starlings have started to form huge flocks. Whilst writing this our resident house martins have finally succeeded in enticing their latest offspring to take to the air. The result: By common decission they have left.

Nothing to write home about you, the reader, may think, but in about a week we will notice an increase in the fly and mosquito population untill the first frost, which I think is mainly due to the arial acrobats having moved their field of operations south ward. 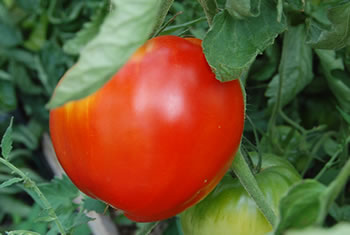 A further sign of summer is the ripening of the giant tomatoes. Although we do have some blight we are looking forward to the great tomato salads that just require one of these giants to feed the many.

It’s also the time of year where you may cruise along the vines, no one in sight, but clearly you can hear a radio. It’s a strong believe here that playing RTVE will keep the birds away. In theory it  also keeps nearby neighbours from sleeping, wouldn’t there be the many fiestas to go to, which leave no time for sleep anyway.

In our village, Mer Sober Ribeira Sacra, this is not used and probably would not work as the birds have wire service anyway. 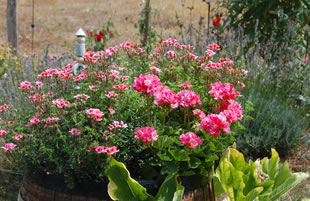 I’ll sign off today with a picture of geraniums in full flower against the back drop of our fully dried out land.

We use cookies to ensure that we give you the best experience on our website. If you continue to use this site we will assume that you are happy with it.-> OK <-